Suspected 'graffiti writer' falls to his death on the Palmetto Expressway 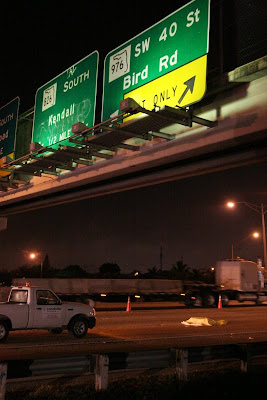 A 29-year-old man fell to his death from a traffic sign catwalk onto the Palmetto Expressway on Friday morning.

The man fell onto the southbound lanes of the Palmetto Expressway, near Bird Road before a truck hit him after midnight, police said. 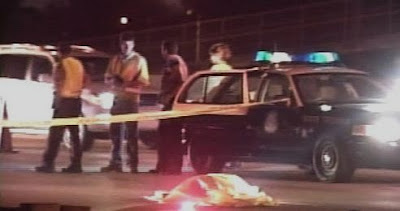 "The driver of a Ford Ranger pickup truck struck what he thought was debris in the road," said Pat Santangelo, a Florida Highway Patrol spokesman. "He stopped and realized it was a body."

Authorities found a spray can with silver paint next to the man's lifeless body. 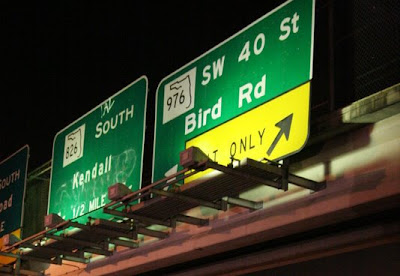 The traffic signs above him, indicating the direction to Kendall, showed the illegible beginnings of his tag.

Florida Highway Patrol has not identified the victim pending his family is notified.

Authorities removed large graffiti on damaged traffic signs on Interstate 95 in downtown Miami on Thursday and North Miami on Tuesday. 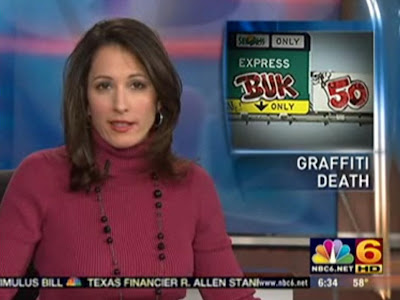 The Florida Highway Patrol said a man who was hit and killed by a truck on an expressway might have fallen from an overhead sign he was tagging. 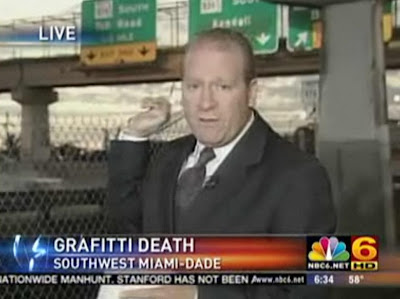 The 28-year-old man fell more than 20 feet from a catwalk on a road sign hanging over the Palmetto Expressway where the expressway crosses 826 near Bird Road and Southwest Miami-Dade at about 1 a.m. 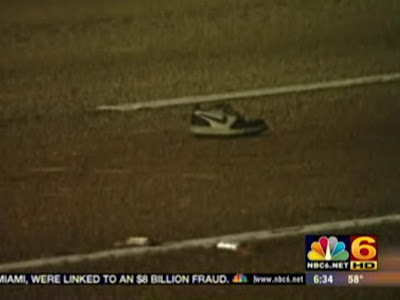 “We did find a spray bottle … spray can next to the victim,” trooper Francisco Lozano of the FHP said. “He may have been up there tagging the sign.”
Authorities said a pickup truck hit and killed the man on the roadway. The driver of the pickup truck did stop.
The 826 Kendall sign had been painted before and was cleaned up.
Several signs on Interstate 95 in Miami were vandalized earlier this week; Someone painted graffiti on the new express sign. 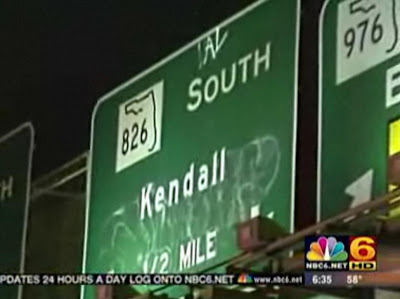 Officials said they don't know if the man who fell scrawled the graffiti on the other signs. 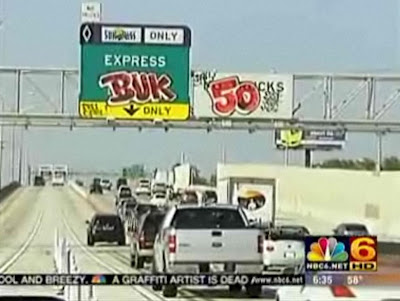 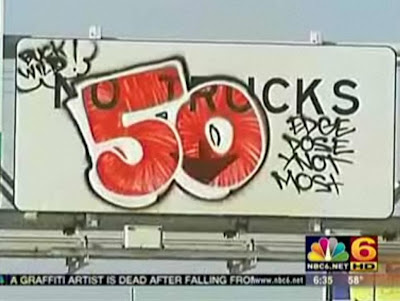 Yo, any word yet on who it was?

I don't know who it was but I feel really bad for his family- RIP homie.

Wow people are going SO hard on that Miami Herald blog about this. People will say anything anonymously. RIP Enrique Olivera.

Man, I don't even know what to say about that fuckin, scumbag FHP rep smiling during that interview.

Good riddance to trash....hope more of you follow his lead.

Click "OLDER POSTS" over there on the right side puto!